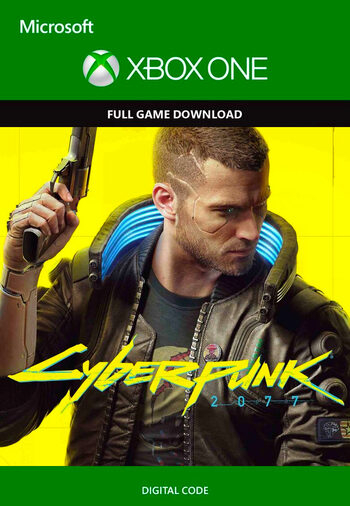 Use the code MYDEALZ and pay with PayPal 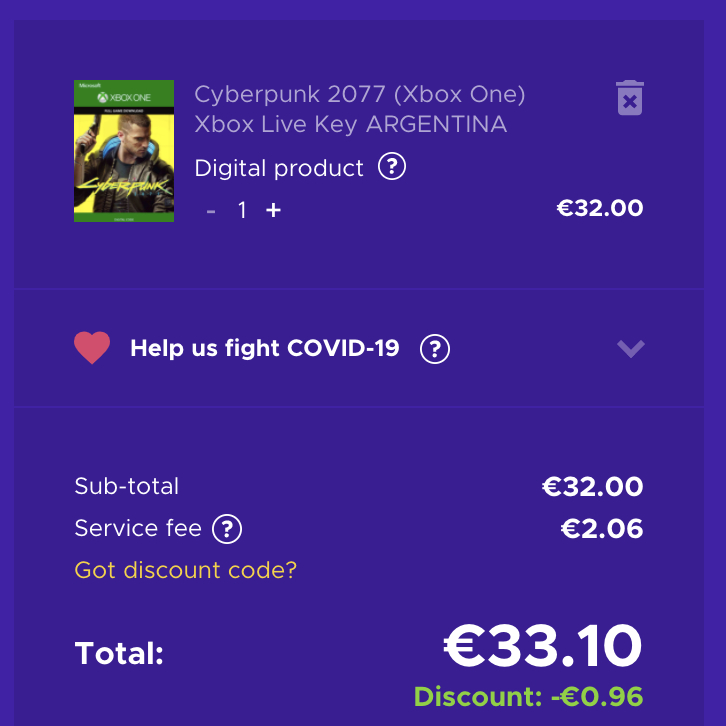 Steps to get the game
1) Enable the Tunnel Bear extension in Google Chrome or any other VPN with an Argentine server, set the region to Argentina and enable it.
2) Go to redeem.microsoft.com/* and sign in with your MS / Xbox account.
3) Redeem the purchased code.
4) Sign out of VPN - the game will be available in your account, it is a pre-order so you may have to wait.

Cyberpunk 2077 is CD Projekt Red's most ambitious project to date. It has been in the works for many years and has now been postponed five times in order to present players with the best possible version of the game that not only meets, but exceeds, the expectations of the gaming community.

The game under discussion, unlike the previously published title by the same studio, does not focus on medieval fantasy settings - this time we are entering the future that we imagine in a dystopian light in which body modification has given the freedom came to put the minds of men in invisible cages too soon. The game's release date is set for November 19, 2020, although the Cyberpunk 2077 Xbox One key can be pre-ordered today.