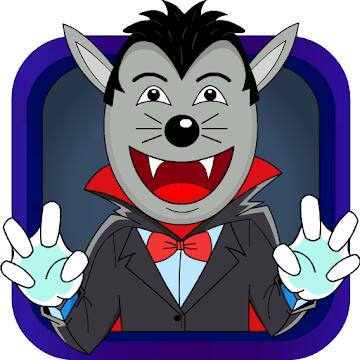 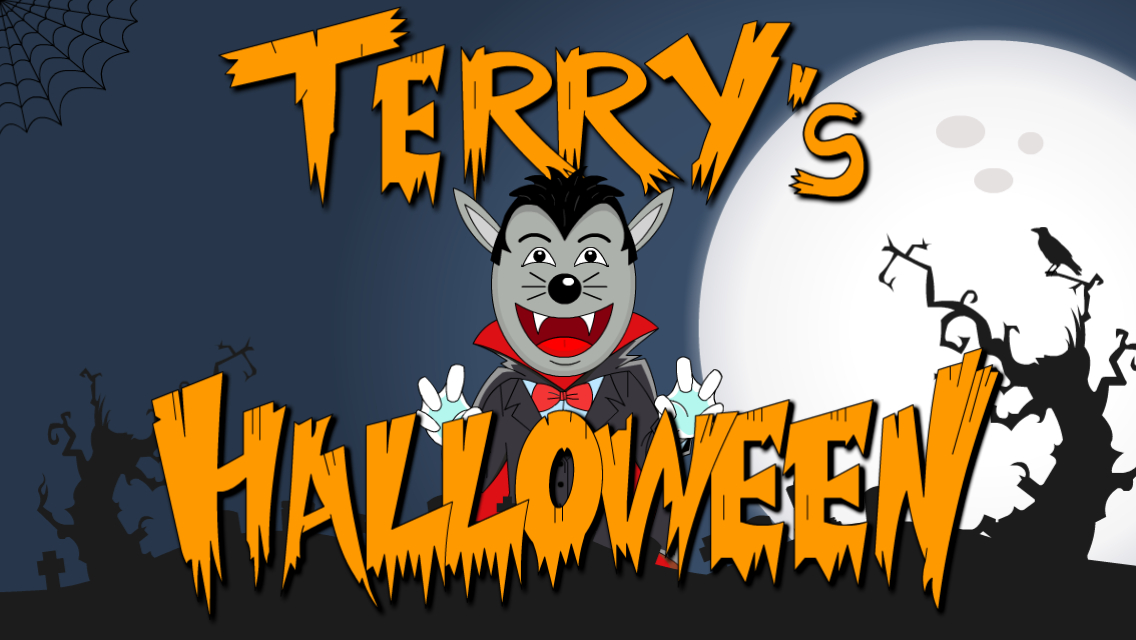 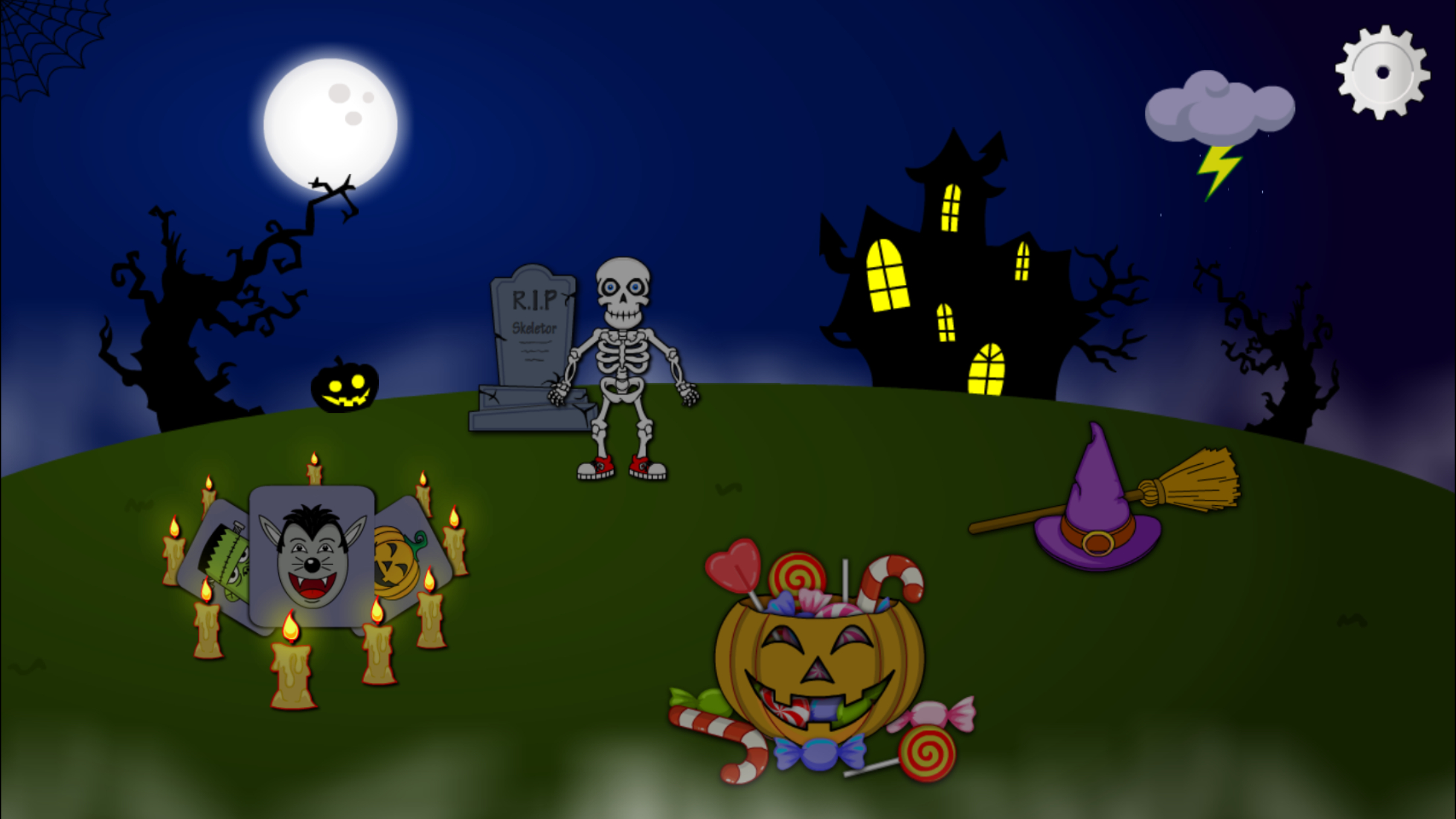 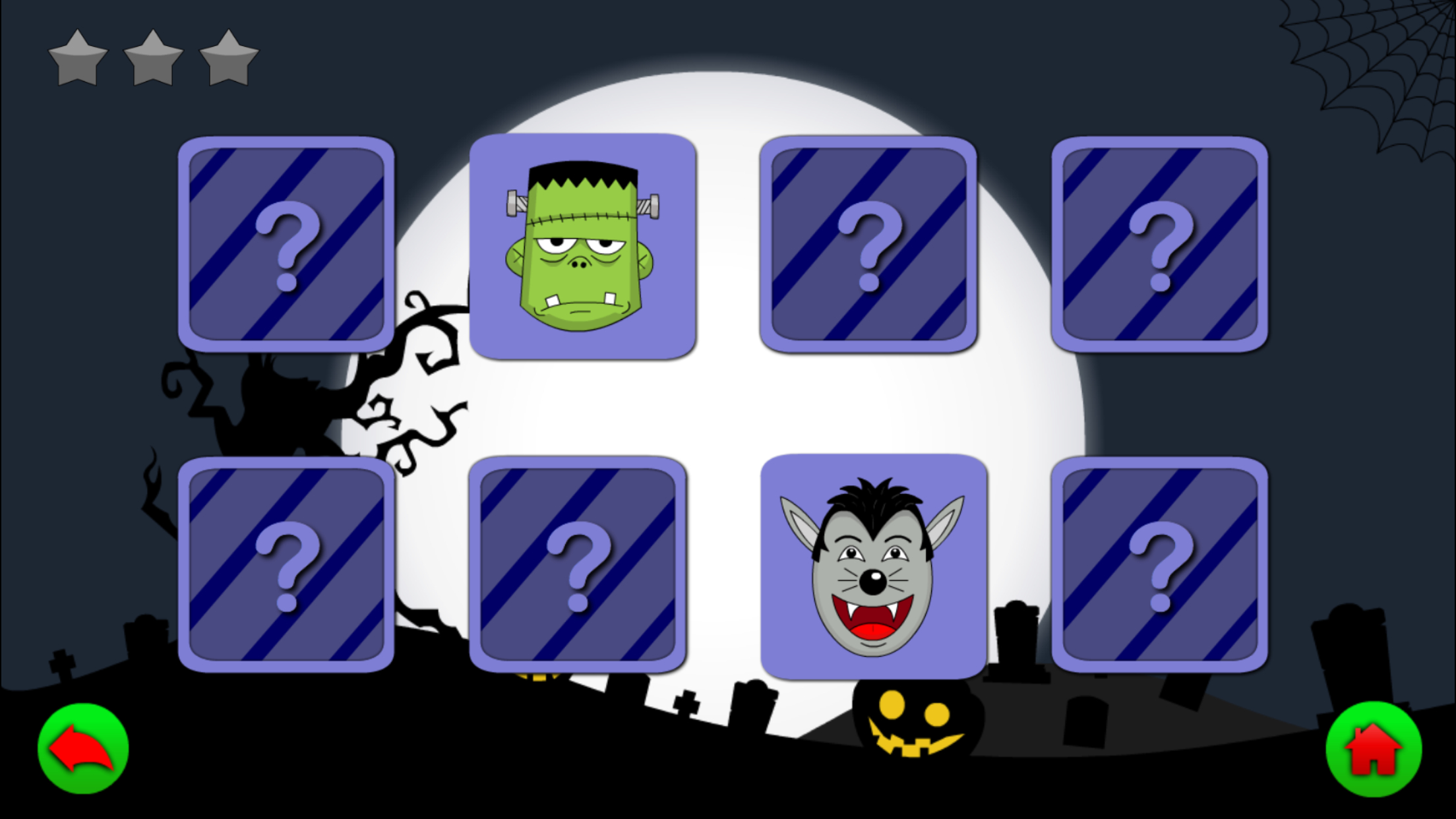 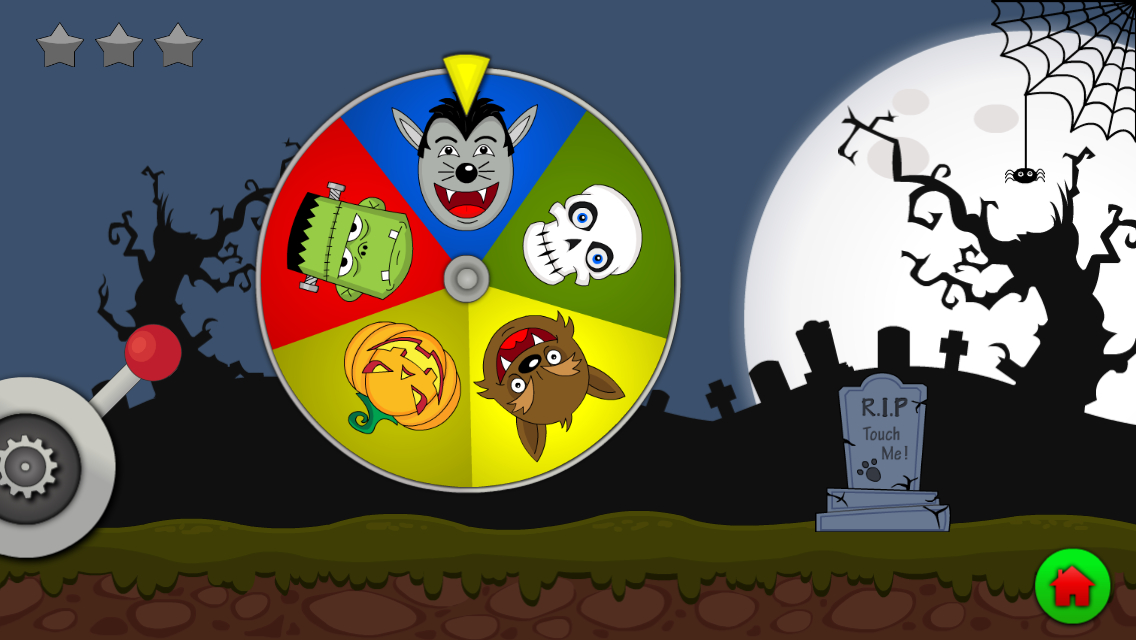 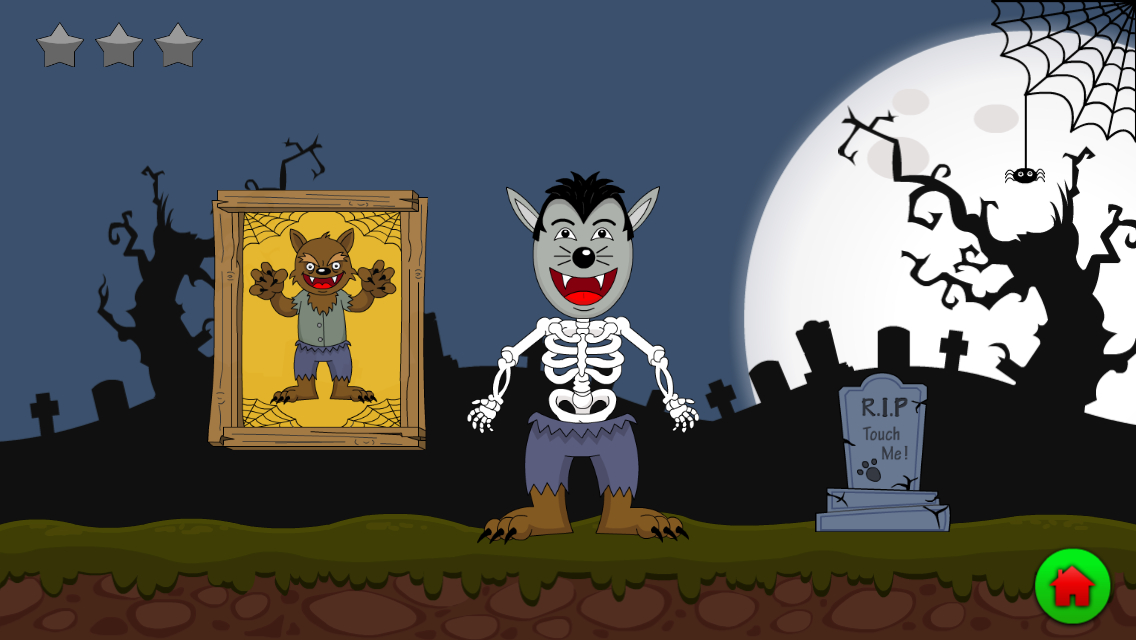 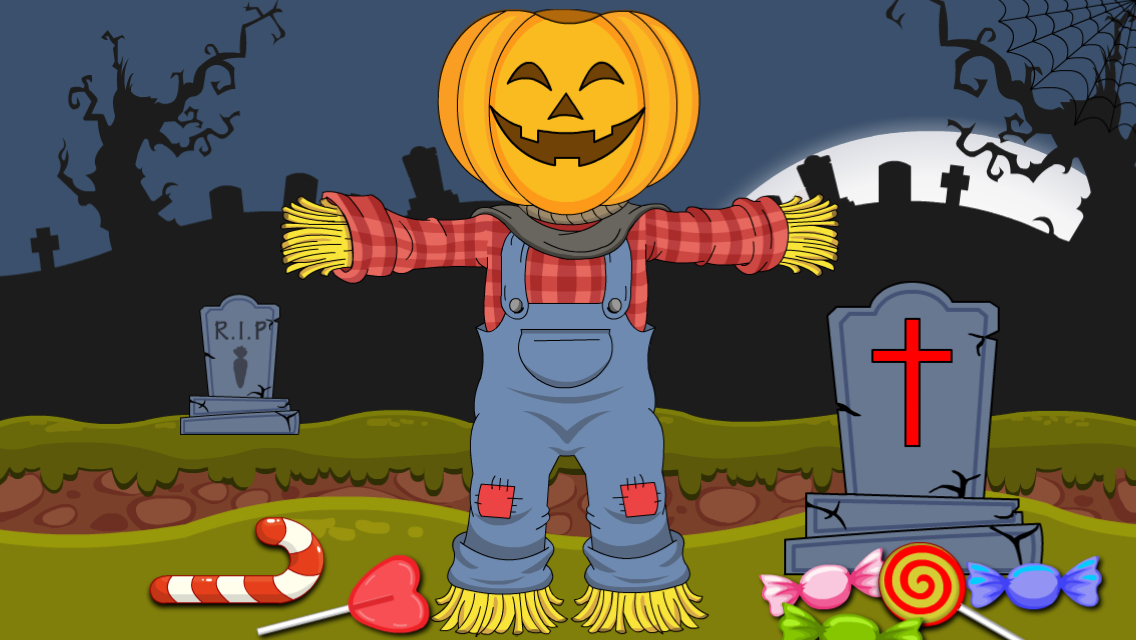 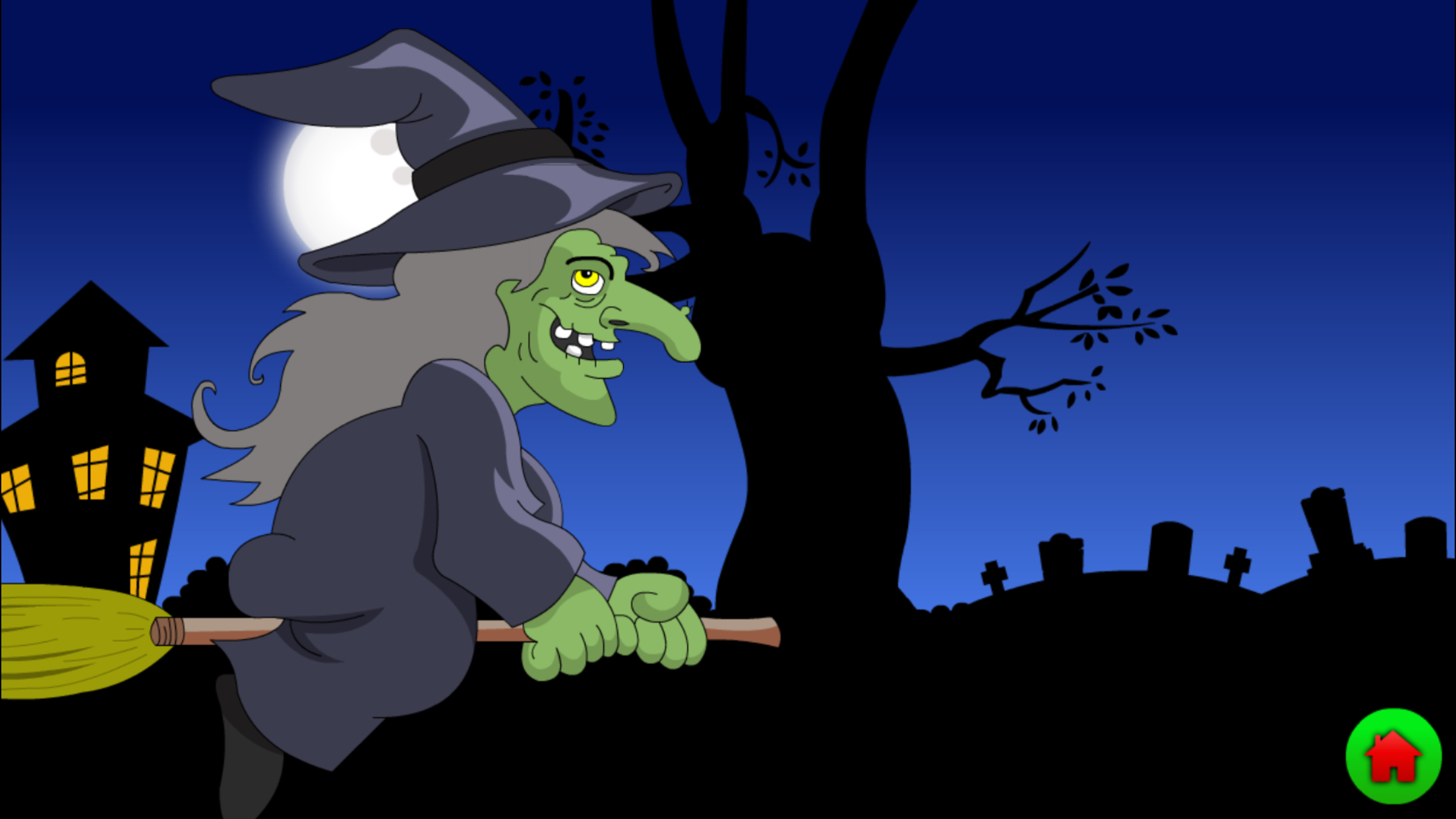 Terry's Halloween is a game for all the family and for

every age, in which you will enjoy with the colorful scenarios along

with the great music of the well known composer Kevin Macleod, and the

Terry's Halloween has 4 main games inside:

your memory in "Monster Memory". This game is inspired by the popular

game of pairs of cards, in which concentration and memory are essential.
Train

your mind with this simple and funny game. Choose your favorite deck,

combine the cards and minimize the errors to get the maximum score!

you create the perfect creature out of 25 possible creatures? Pull the

lever, let the roulette spin and demonstrate your ability to create your

✯ HUNGRY PUMPKIN ✯
It's night, it's Halloween and

it's raining candy!! Will you be able to quench the "Hungry Pumpkin"?

✯ WITCH ADVENTURE ✯
We all know that witches

... love candy!! Grab your broom and fly to catch as many candy as you

can! ... but beware, not everything that flies can be eaten!


Terry’s Halloween is available in 19 languages:
-