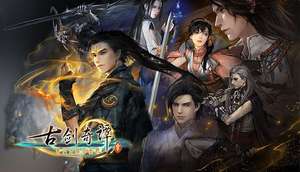 If you like story related open world games like gothic or witcher and are even a litte bit interessted in chinese mythology, just buy it!
The most problamatic point for this game in my opinion are the chinese standard setting. Because of that 2 hints in advance:
1) look up bevorhand how to change the language to english
2) each time when you start the game, it will always asks something in chinese. Thats the server you want to play and save your game. If you are not in China, always choose the second option, which is a server in US with a much better performance.

Now a bit more in detail:
This game is a great mix of travelling in a beautiful world, interessting storytelling, challenging fights, as well as an engaging housing system including farming, craftig and managing workers.

The environment looks really great with a lot of details in a chinese and mystical setting. There are never really long distances you have to travel in the mainstory without interessting encounters like enemies, conversations or additional lore. But if you progress, you can go back to the most locations to walk around and do some additional stuff, or just watching the scenerie.

The story itself is mostly linear with only a few decisions and is told via a lot of small cinematic trailers in chinese voicing and english subtitles. One problem can be, to remember the chinese names. An other problem can be the text speed if your english isn't good enough, because you can't pause the cutscenes.
For the names there is a lore section which keeps trak of all the important information and you don't need to worry about the correct voicing if your not familiar with chinese. Just make you own voicing of the name which will help a lot.
For the cutscences ... you can load each storypoint of your savefile via the mainscreen of the game and redo each part, or you try to find english letsplays to read it.
This loading system is also great if you want to do achievements, because one savefile is enough to redo each step where you missed one.

The combatsystem is based on combos of light and heavy attacks als well as active skills which feel smoth and natural. You mostly fight together with NPC's which are really a help and you get something like a pet system to also summon them for short attacks.
The fighting itself is fastpaced whereever you need to avoid or block enemy attacks and can't just rush in. Even the adds during the story can be a problem if you are lazy, but getting much easier when you outleveled them. The bosses instead are always challanging and on higher difficulties you may even need a while to figure out how to beat them.

Between the Storypoints you can and should use your freetime to explore the wold you can travel to to find side storys, additional quest, collect materials and find new pakt creatures. Thats important because progress in mainstory also means passing time in gameworld which results in disapearing quests, lore, skins, conversations, if you didn't find or finished them.
it can be worth to look up some information about easyly missable things, even if there are just a few english guides.

When you unlocked your housing and pet system, its also worth to research and craft new weapon skins, better armor, additional accesoires, crystals, food and medicine, train your pets and workers, or just build up and decorate your house.
ShareTweetTeilen Teile per WhatsApp Teile per Messenger
Zusätzliche Info
2 Kommentare
Dein Kommentar