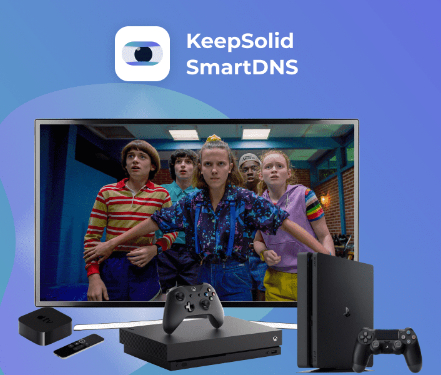 
KeepSolid SmartDNS is a direct response to geo-blocked sites that helps get around the regional restrictions and stream a wider range of video.

KeepSolid SmartDNS was developed for those who are looking to get around the regional restrictions and stream a wider range of videos. Besides this, users get to enjoy the following perks of the service:

– minimal impact on your connection speed (unlike a VPN);
– the possibility of using with essentially any device connected to the internet;
– legal access to blocked websites from different locations simultaneously without the need to connect to different servers;
– a possibility to try the app without ever actually installing it on your device;
– ease of use and no tech skills are required to set up. 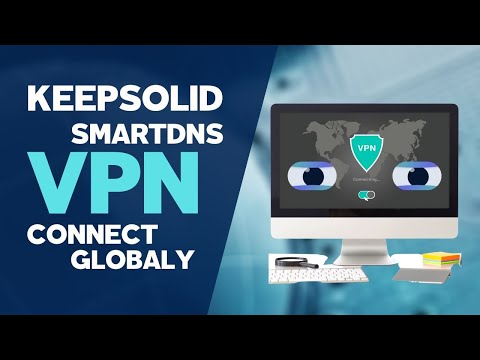 This is a proxy DNS to bypass the geo location restriction, not a normal dns!
Which means it acts as you for a certain endpoints, for example if you call youtube.com, the dns acts normally like any other DNSes, but when you call hbo.com it acts as you and hbo.com thinks you are in the USA. You may ask well VPN does the same thing, but the differences here is that the SmartDNS as I said proxyfies some certain endpoints, and also your data transportation will not be limited like VPN, because these days most of the companies are using CDNs and clouding for the streaming and the cloud does not care where do you live, the authentication and requests to the main software does.
Hope you get it ;-)
18. Aug

I answered your first 2 questions in other comment.
Regarding the MITM, well most of the websites are using SSL connections and in order to be man in the middle you have to install a trusted SSL certificate in the target machine to inspect the data. (In some cases this also may not work)
Anyway if you are worry of a company may acts as a MITM than you should not use O2, Vodafone , Wily.tel etc.. under German law the telecommunication companies must collect all information of their client for past 6 months!
As you know Germany has no privacy policy they have Datenschutz lol
18. Aug

About getting it, not to worry, the question specifically was to enlighten us on the technical workings, that many such DNS operators needlessly shroud in mystery.

So as I surmised, it's not just an alternative resolver, but of necessity does (have to) redirect (certain) endpoints, and could for others as well at its public-sector overlords' (or some rogues', possibly part of the former ) request, gag order included.

Of course proxying will avoid a VPN's encryption burden, but does still require sufficiently powerful and varied "exit nodes" (if one may borrow that term) on the far side from the user's point of view.

By the way certain Content Delivery Networks (e.g. used by our beloved "state-independent state television" streamlining published opinion, for a tax we musn't call that) do actually probe for geolocation (oh well, actually netblock registrants etc.) and even bandwidth (to break downloads rather than live streams).
Others don't, with their CDNs happily serving unthrottled, adult* content internationally 24/7.

Netflix geht bei mir ohne Probleme mit SmartDNS
18. Aug
@sdsp‌ keepsolid.com/sma…-ip sounds a lot like restricting the "multiple device support" to those sharing the same IP address, or is there a way to use several concurrently?

I understand you need to curb account sharing between strangers, but these days every household has e.g. mobiles that (as their name implies, i.e. even while moving around the house) drop off WiFi into cellular, or that of neighbours/employers, while SmartDNS should legitimately continue to function on both them and "at home"...
(DeutscheTelekom's failing to acknowledge that simple fact for their "WLAN-To-Go" actually.)

As I mentioned in my comments, SmartDNS does not mirror or deliver the stream through their servers (except Netflix), which means the stream will be delivered to you directly from CDNs.
You can use the multiple devices as long as they have same public IP addresses, please keep in mind that your IP address must be whitelisted in their service and you can only whitelist one IP address at the time.
I recommend you to use a separate router at home and config it to call the IP update API once the IP changes by your ISP, and connect your TV, setup-box and any other devices you want to access to the stream APPs to that router.
20. Aug