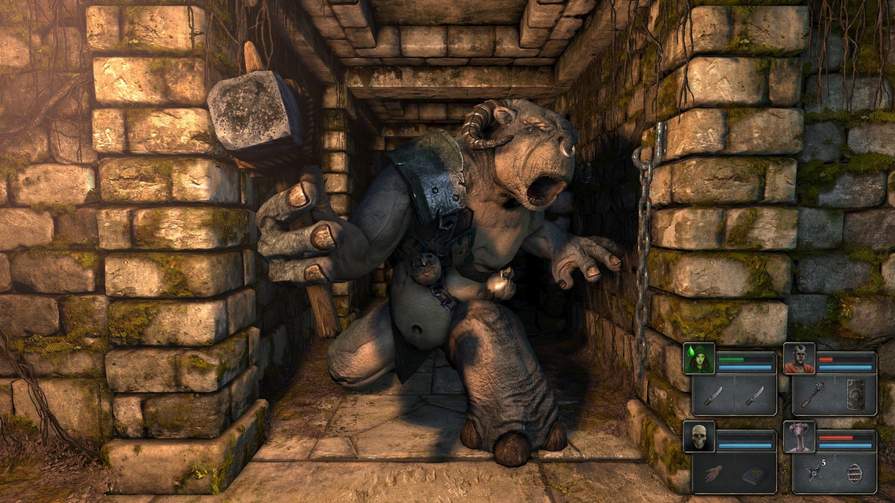 Legend of Grimrock Teil II für 6,09€
Legend of Grimrock Teil I für 3,79€
PVG: 8,26€
Sprache: englisch
System: Windows, Linux, MacInhalt / Beschreibung / Legend of Grimrock Teil I
Legend of Grimrock is a dungeon crawling role playing game with an oldschool heart mated with modern execution. A group of prisoners are sentenced to certain death by exile to the secluded Mount Grimrock for vile crimes they may or may not have committed. Unbeknownst to the captives, the mountain is riddled with ancient tunnels, dungeons and tombs built by crumbled civilizations of days long past. If they ever wish to see daylight again and reclaim their freedom, the ragtag group of prisoners must form a team and descend through the mountain, level by level.
The game brings back an oldschool challenge with highly tactical real-time combat and grid-based movement, devious hidden switches and secrets as well as deadly traps and horrible monsters. Legend of Grimrock puts an emphasis on puzzles and exploration, and the wits and perception of the player are more important tools than even the sharpest of swords would be. And if you are a hardened dungeon crawling veteran and you crave an extra challenge, you can arm yourself with a stack of grid paper and turn on the Oldschool Mode, which disables the luxury of the automap! Are you ready for some classic dungeon-crawling first person perspective party-based RPG action? Are you ready to venture forth and unravel the mysteries of Mount Grimrock?Inhalt / Beschreibung / Legend of Grimrock Teil II
Legend of Grimrock 2 is a dungeon crawling role playing game with a modern execution but an oldschool heart. A group of four prisoners have shipwrecked on the secluded Isle of Nex. The island is filled with ancient crumbled ruins, mysterious shrines and a vast underground network of dungeons and mines.
Powers of perception and logic are more important than sheer force is, since Legend of Grimrock 2 puts a heavy emphasis on exploration, survival and challenging puzzles. Discover powerful ancient artifacts from hidden secret chambers and buried treasures. Arm your champions, cast spells and craft enchanted potions and bombs to aid you in fighting the dreadful monsters in highly tactical real-time combat.
Design, share and play custom scenarios with the included Dungeon Editor! Create your own adventures and fill them with puzzles, traps, or even totally new items, monsters and environments with custom graphics and audio! 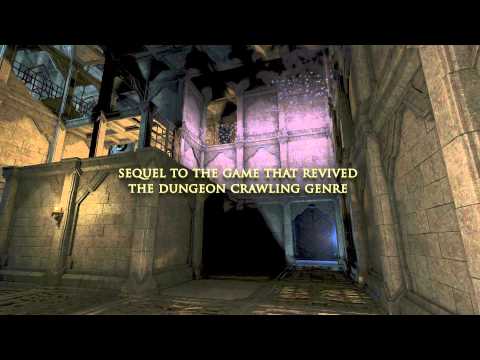