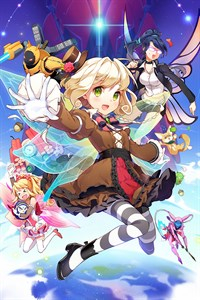 
Sky Boom Boom is a free game app for the win10 which lets you try to launch your plane as far as possible while your enemies will try to impede your progress.


You will play as a pilot for the Buzz Tech Team, fly your airship, complete with power-ups and weapons, you will have to collect stars along the way and dodge pirate attacks.


The game features obtain upgradable pilots each with their own attributes, dodge missiles, cliffs, pirates, and other planes, encounter pirate bosses, and compete with friends through the leaderboards.