In Super Panda Adventures, you play as the brave panda-knight
Fu, who is about to finish his training to become the new guardian of
the Princess. At the same day of the big celebration party, some
uninvited Robots show up to conquer the planet and take the Princess
away in their Space Ships! 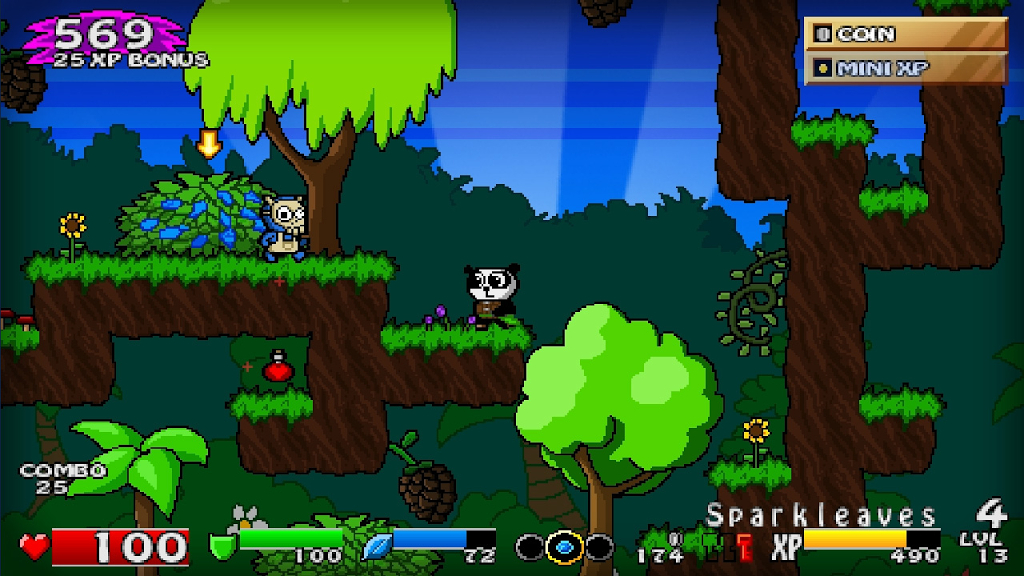 Tell me more about the game!

The game plays like a modern platformer (Metroidvania) combined with a
new combo fighting style and lots of adventure elements. You can fight
with a sword, throw shuriken or use magic abilities and combine these
attacks to get combo points that increase your experience. Level up your
character and unlock new abilities and upgrades! Explore two different
worlds in a non-linear way to find lots of hidden items. Talk to many
npcs, solve quests, find magic items and rescue the Princess!