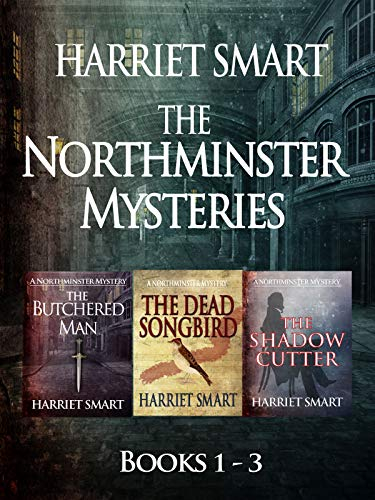 The Butchered Man
When workmen make the shocking discovery of a mutilated corpse in a ditch outside the ancient walls, Giles Vernon and Felix Carswell are charged with solving the case. Intelligent and practical, Chief Constable Major Vernon has transformed the old city watch into a modern police force, and he throws himself into the investigation with the same energy. But as he probes a murky world of professional gamblers and jilted lovers, he is drawn into a dangerous emotional game that threatens to undermine his authority. Newly-qualified police surgeon Felix Carswell is determined to make his way in the world on his own terms despite being the bastard son of prominent local grandee Lord Rothborough. Called to treat a girl in an asylum for reformed prostitutes, what he uncovers there brings him into conflict with his new employer, Vernon, and throws the case into disarray. Together they must overcome their differences and find the brutal truth behind the mystery of The Butchered Man.

The Dead Songbird
Celebrated singer Anna Morgan has come to Northminster to escape a troubled past and sing at the city’s Handel Festival. But when she continues to receive the poisonous letters that have been plaguing her, she turns to Chief Constable Major Giles Vernon and Police Surgeon Felix Carswell to find her persecutor, drawing the two men into her charismatic orbit. At the same time a talented young tenor is found dead in curious circumstances in a locked chapel, and the hunt for a murderer is on. Together, Vernon and Carswell must untangle the web of secrets that surround the dead man, uncovering a Northminster that throbs wit clandestine passions and thwarted desires, a world of illegal pornographic books and risqué theatricals.