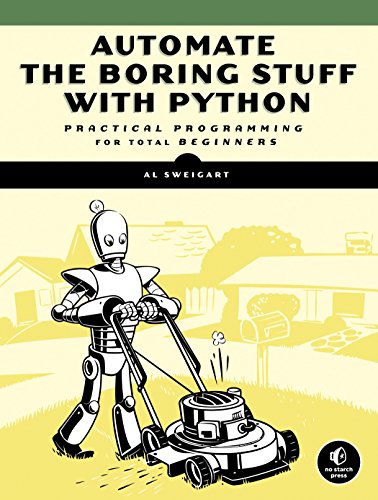 If you're an office worker, student, administrator, or just want to become more productive with your computer, programming will allow you write code that can automate tedious tasks. This course follows the popular (and free!) book, Automate the Boring Stuff with Python.

Automate the Boring Stuff with Python was written for people who want to get up to speed writing small programs that do practical tasks as soon as possible. You don't need to know sorting algorithms or object-oriented programming, so this course skips all the computer science and concentrates on writing code that gets stuff done.

This course is for complete beginners and covers the popular Python programming language. You'll learn basic concepts as well as:

By the end of this course, you'll be able to write code that not only dramatically increases your productivity, but also be able to list this fun and creative skill on your resume.

Who this course is for:
ShareTweetTeilen Teile per WhatsApp Teile per Messenger
Zusätzliche Info
Beste Kommentare
44 Kommentare
Dein Kommentar